Place on top of target player's deck and place X tokens on Atrophy. During each of their maintenance phases, player must remove one token from Atrophy, and obliterate one card from the top of their deck. Immediately after the last token is removed, obliterate Atrophy.

Ghost in the Machine

Tau stored on target array may not be used to activate a gate. The Ruin triggered a massive spiritual upheaval in the Matrix. The boundaries between dream and death, virtual and real, have blurred.

Attach Harbinger to target array. During your maintenance phase discard 1 tau from the array. If array reaches 0 tau, obliterate array. Any cards attached to it, and Harbinger. "I wouldn't mess with that phage, grimmer. It's scythe bites deep." Imprisonment: When called, place X counters on Imprisonment. Remove one counter during each or your maintenance phases. Characters attached to target array may not move, scramble, intervene, or jack out while imprisonment is in play. When last counter is removed, discard imprisonment to owner's archive. Skinner Box: Target character is set outside your territory and is considered out of play while Skinner Box is in play. If Skinner Box is removed from play, strike character and place it on a domain controlled by character's controller. St. Crispin's Day: During controller's action interval, target character must attack if possible. If character cannot attack, immediately strike it. If character jacks out, place St. Crispin's Day in owner's archive. "Once more into the breach, grimmer. Good luck..." Wraith V. 6.6: During each of your maintenance phases, place a counter on target character. If character does not jack out by the time the number of counters equals its defense value, obliterate character's body and Wraith v. 6.6. If character does not have a body, obliterate character and Wraith v. 6.6.

Altri software Ariadne: Target character may jack out without a body in play. Place Ariadne in owner's archive if target character jacks out. "The threads of her loom are strong. Sometimes they bridge the mystical gap between Matrix and Wilds..." Bookworm V.1: Obliterate X cards in your archive and two times X cards in target player's archive. "Gotta watch those damn worms. They sneak in from below, and before you know it, half your data stash is gone." C.U.R.E.: Intercept target character being ripped, and instead strike it and leave it attached to the array. "No 'liner should be caught dead without this little utility, grimmer. Slot it and you ain't goin' nowhere." Encrypt: Target array may not have tau added to or removed from it for remainder of turn. "They call me the Melter, cause my systems don't need no IC. I can hide anything behind a string of custom code. Come on, 'liner... Try me." Flatline: Obliterate target body. "Welcome, friend, to the Revolution. Tell me, grimmer, do you know the score? It's the latest thing in neuro-evolution 'Cause it ain't your body anymore..." - lyrics from a Tragic Brainbleed song circa 2599 Helix: Obliterate target virus or IC. "You can't beat bioware for an IC Breaker. A little jacked-up DNA'll crack a machine every time." - Razorclown, legendary 'liner Looking Glass: Obliterate V from target array your opponent controls to equalize the amount of tau on it with the tau stored on an array you control. X equals the amount of tau added to or removed from target array. "If you've gotta run the zones, don't to in without this little gem. It's better than an IC Breaker, and less messy, too..." Scylla: Target Matrix character is immediately ripped. Gain 1 tau of target character had a body in play. "Datastorms are nothin' compared to these damn whirlpools. To put it succinctly - 'Grimmer don't float that..."

Altre tecnologie Body Thief: For remainder of turn, target character you control may jack out into any body you control. If target character had another body in play, obliterate that body. Don't you hate it when this happens...? Adetum: Target card gains +X/+X for remainder of turn. "Sometimes I wonder whether the protection these suits give us is worth it. I mean, my mind is one thing, but I'm kinda attached to my soul..." - a veteran Corpseman, in the process of losing it Cyberdeck: Provides 1 virtual support. Pay X auto to give any IC in play either +0/+X or -0/-X. If more than 3 aura are spent this way during one turn, target character is ripped and cyberdeck is obliterated. Reducing IC to 0/0 does not remove the IC from play. This ability may be played as a miracle. Lazarus Project: Remove one character form target player's oblivion and attach it to an array they control. Place character in stricken position. A shadowy pre-Ruin government experiment, its hideous results have forever blurred the line between life and death. Neuroplug: Target character does not open when jacking in or jacking out. Target character provides 1 virtual support. "Nothin' like true 'plug n' play' access..." Optical Server Hub: Target domain provides +3 virtual support. Pre-Ruin gateways to the Matrix, these hubs once allowed billions to exchange information. Many have now been claimed by Ethnarchs or corrupt megacorps, and most are in disrepair. Orbital Strike Platform: Pay 1 aura to give target domain +1/+0 until end of turn. This ability may be played as a miracle. Once hailed as "the first line of defense" by the military, many of these stations have attained adegree of sentience in the sake of the Ruin. Great... Prometheus Project: Create a body token for target Matrix character that does not have a body in play. Attach body to a domain controlled by target character's controller. " I thought I was lost. The run went badly, and I knew the the 'corp had disposed of my body to hide the evidence. But no sooner had I given up than I found myself in a new body in the Wilds! The Ruin has done some strange things..." Uplink: Characters jacking or jacking out at target domain do not open. The crowning glory of the Ishima Corporation's Matrix research, it became a symbol of the Nanotech Age. Until the demons began to pour out of it, that is. Urban Defense Grid: Pay 1 aura to give target domain +0/+1 until end of turn. This ability may be played as a miracle. Perimeter Grids were built during the Uprising of the 22nd Century. Many have become sentient in the wake of the Ruin. "The human brain, if prepared and maintained properly, is technologically superior to any current information system." - Dr. Thaddeus King, on the virtues of wet-wire tech P.D.A.: il significato di Personal Digital Assistant è decisamente cambiato nel corso degli anni rispetto a quello che conosciamo. Possedere un PDA era un segno di status sociale elevato anche prima della Rovina, ora questo oggetti ormai non esistono più. Un PDA consisteva in una sfera di 10 cm di diametro, dotata di campo antigravità, che contiene una IA in grado di comunicare con il possessore tramite voce, di essere connessa alla Matrice e di poter esaudire tutte le richieste che il possessore possa fargli. Questi piccoli maggiordomi si vedevano girare attorno alle teste di ricchi e potenti. Progvirus: oltre a miniaturizzare robot in grado di agire a livello cellulare, un altro modo di portare a termine lo stesso scopo era quello di programmare letteralmente il DNA di batteri o virus in modo da farli agire come robot. Poco prima della rovina la differenza tra Progvirus e Nanobot era diventata tanto labile da includere entrambi con la parola Nanobot. Rigenerazione Intracellulare Profonda: il processo RIP, tramite la produzione di cellule staminali e la modellazione nanotecnologica delle cellule esistenti, era in grado di modificare in maniera anche totale il corpo di una persona. Anche se utilizzato maggiormente per alterare l'aspetto esteriore o poco più, in teoria poteva essere possibile ricostruire completamente il fisico, fino a produrre esseri totalmente creati artificialmente. Si dice che alcuni esperimenti dall'esito dubbio in questo senso siano esistiti. 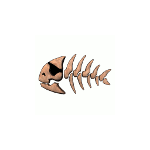